The Power of His Presence

Deacon David Previtali · The Power of His Presence
Homily for the 4th Sunday of Ordinary Time, January 31, 2021. Gospel – Mark 1:21-28. Theme: The Power of His Presence
These past few days as I was reflecting over today’s Gospel in preparation for our liturgy, I just couldn’t get out of my mind all the conflict and bitterness that has descended upon our country. I asked the Lord to show me what message of hope he might have for us. That’s when the idea popped into my head that the possessed man in today’s Gospel can be seen as a symbol of us, or more properly speaking, as a symbol of our nation. And this makes sense to me because our nation is exhibiting the classic signs of demonic activity and obsession.
You see, wherever evil spirits act they give rise to discord and division, they encourage anger and hatred. It seems to me that we can see these signs of this hellish influence in the actions of our dominant political leaders and their accomplices in the media today. They spew forth a plethora of godless ideas and plans, hiding and manipulating facts, suppressing opposing voices, and canceling with a vengeance those who dare to oppose them. They attack and distort what has always been held by Americans as good and true as they speak old familiar words but give them new twisted meanings. Like the possessed man in today’s Gospel, we the people stand in desperate need of a power greater than ourselves, greater than the forces that seek to control us, to restore us and our nation to sanity and serenity.
I think that the Gospel today does indeed show us the way out of this mess and gives us a message of hope. Going back now to our story we see that as soon as Jesus enters the scene, without even saying a word, the demon within the man cries out and begins to cringe and weaken. Then at the simple command of Jesus, the hellish power enslaving him is utterly destroyed. This happened simply and solely by the power of the presence and word of Jesus Christ.  And this is precisely what we need to heal and restore us as a nation.
This is the Gospel’s message of hope to us today. It’s calling us to be more conscious and aware of our mission as Christians to be the presence and voice of Jesus to the people of our nation. It is through us that others can be brought into direct contact with this power of Christ’s Presence and be set free. You see, this is possible because each one of us at our Baptism, has been made a partner with Christ. We have both the privilege and the responsibility to be extensions of his Presence and power as we carry his message of hope to those around us.
But how can they hear this message of hope if we who know it do not speak? And so, we cannot afford to be shy or timid. If we want to be instruments of peace and reconciliation, we have to be willing to witness to Jesus. We have to be willing to speak about him when opportunities arise. We have to be willing to share what a difference he has made in our own lives. And we have to be willing to stand up boldly and respectfully for truth when others speak falsehood.
To carry out this mission faithfully, we have to rely upon the Sacrament of the Eucharistic Body of Christ because this is what gives us spiritual power to function as the Mystical Body of Christ, his Church. It is above all in the Blessed Sacrament that the Risen Lord is really and truly present and when we receive him we become his living, breathing tabernacles, carrying his presence to those with whom we live, work and socialize. And the more often we receive him with intentional faith and mindful devotion, the more powerful his Presence becomes within us. The more we open our hearts to Christ, the more he can live in us and reach out to others through us.
Now, I know that this sounds like a nearly impossible task for small group of Christians such as us here in a little section of Marin County. And, indeed, it would be if that was all we were. But we are way more than that. We are just one small part in the universal Mystical Body of Christ. And our assignment from Christ in this mission is not to be responsible for the whole world, but simply our little slice of it! The potentially overwhelming nature of our mission reminds me of something St. Mother Teresa of Calcutta once said. She was asked how it was that she didn’t get totally discouraged in her works of charity by the fact that there were millions of starving people in the world. She replied, “I don’t look at millions. I just look at one at a time and do what I can help that one.” That should also be our attitude in the mission of hope that the Gospel lays before us.
It’s a huge task but it has to start somewhere. It has to start with someone. It must start today with me and with you if we truly want to restore peace and unity to our nation. Because the one true solution to our national dilemma is not found in political platforms, educational programs, or medical strategies but in the conversion of hearts set free from the forces of evil by the power of the Presence of Christ. 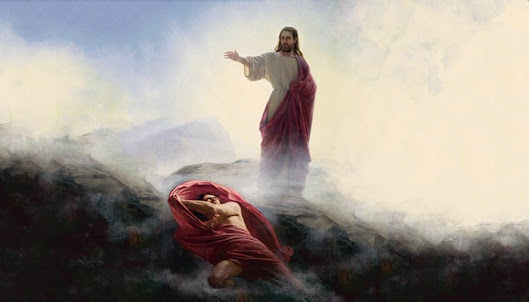 The Most Basic and Important Act of Life 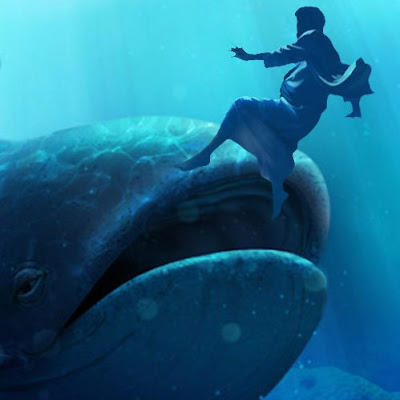 Posted by Deacon Dave at 1:28 PM No comments:

What Are You Looking For? 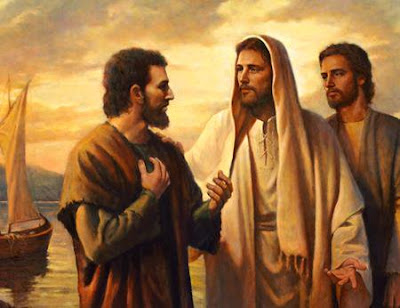 John the Baptist was standing with two of his disciples and as he watched
Jesus walk by, he said,“Behold, the Lamb of God.” The two disciples heard what
he said and followed Jesus.Jesus turned and saw them following him and said to them,
“What are you looking for?”
Posted by Deacon Dave at 6:47 AM No comments:

Deacon David Previtali · Baptized with Jesus
Homily for the Baptism of the Lord Sunday, Jan. 10, 2021. Gospel of St. Mark 1:7-11. Theme: Baptized with Jesus
On this feast of the Baptism of the Lord, our Church Season of Christmastime comes to an end because the baby in the manger has grown up to become a man. It’s time for us to move on from Bethlehem like the shepherds who returned to their fields with a new song of praise to God on their lips. It’s time to journey back to ordinary everyday life like the Magi, as spiritually changed people who bear the Gift of the Newborn King in our hearts.
In today’s liturgy, Jesus comes to us as an adult. We encounter him at the Jordan River approaching his cousin, St. John the Baptist, in order to begin the public stage of the mission for which he was born. At his Baptism, God the Father’s voice affirms Christ’s identity and God the Holy Spirit descends upon him, anointing him to preach and teach the Good News of the Kingdom of God. Jesus goes forth from the Jordan River to combat evil, to heal the lame and cure the sick, to forgive the trespasses of sinners and restore wholeness to the broken.
God’s rescue-and-restore mission that was begun in a hidden way in Bethlehem, has now burst into the public scene. But it would be very wrong for us to think that the ministry of Jesus as Messiah and Savior is just an event of the past! This mission of Jesus continues even today in every part of planet Earth, including Marin County, through those of us who have become united with him through faith. Through each one of us, in a marvelous mystical way initiated at Baptism, the Risen Lord Jesus wishes to still speak and touch and heal and reconcile others to God.
Jesus was baptized, not because he had any sins to be washed away, but to show us by example that baptism is our first step in becoming part of his rescue-and-restore mission. And what happened to him at his baptism is both a sign and a promise of what happens to each one of us at ours. By reflecting on this event, we can discover that the Sacrament of Baptism destines us for Heaven, fills us with the Holy Spirit, and makes us beloved children of God. In other words, it starts us off on a life of becoming more and more like Jesus.
The first thing we hear about after Jesus comes up out of the water is that heaven was opened. And this is precisely what Baptism does for us. It re-opens the way to Heaven which was closed to us by the original sin of Adam and Eve. Recall that in the beginning of our history, the first humans were given the choice of living in obedience to their Creator or of living life on their own terms, separated from God. They freely chose to turn their backs on their Creator and refused eternal life with Him in Heaven. And this was the deficient spiritual inheritance they passed on to all their descendants, that is, to all of us humans. But Jesus came to undo what they had done, and to give each one of us a chance to choose God and Heaven for ourselves. And the first step in making this choice is baptism.
The next marvelous thing we see at the Jordan River is the Holy Spirit coming down upon Jesus under the appearance of a dove. Now, we might wonder why God choose to appear in the form of a dove? Well, because the dove is a universal human and biblical symbol of peace and innocence. By the waters of baptism, we are made innocent through the forgiveness of sin and we make our peace with God. This innocence and peace remain within us as long as we chose to live the promises of our baptism: to reject sin and Satan, to accept Jesus as our Lord and Savior, and to believe and live what He teaches us through the Gospel and his Church.
Finally, the gospel tells us that God the Father’s voice was audibly heard declaring Jesus to be His Beloved Son in whom He was well pleased. And this is exactly what God the Father says about each one of us who have become spiritually one with Jesus in Baptism: we are His beloved children in whom He finds delight! The Scriptures assure us that God delights over you, delights over me, delights over each one of us personally. And it’s this personal love of God that transforms us from the inside out, giving us the desire, the grace, the spiritual power, to live and love and delight in Him in return.
So, maybe we can better see now why the feast of the Baptism of Jesus starts off the new year. It’s not so much because of what it says about Christ per se, but more-so because of what it says about us, or more precisely, what is says about the marvelous and awesome things that God does for us through, with and in our beloved Brother and Lord, Jesus. 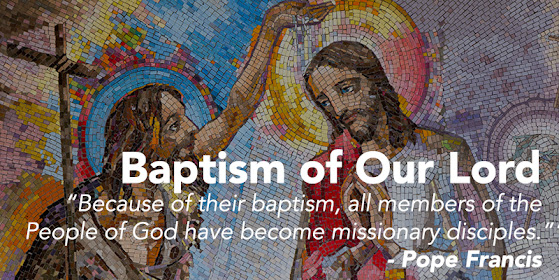 Posted by Deacon Dave at 7:46 PM No comments: 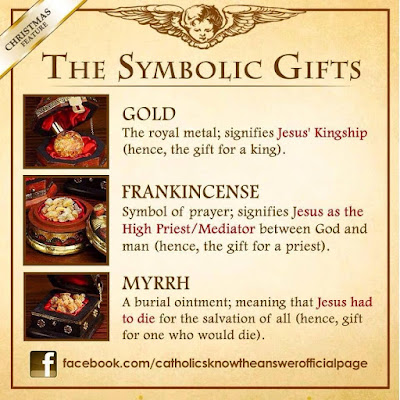 Posted by Deacon Dave at 4:46 PM No comments: